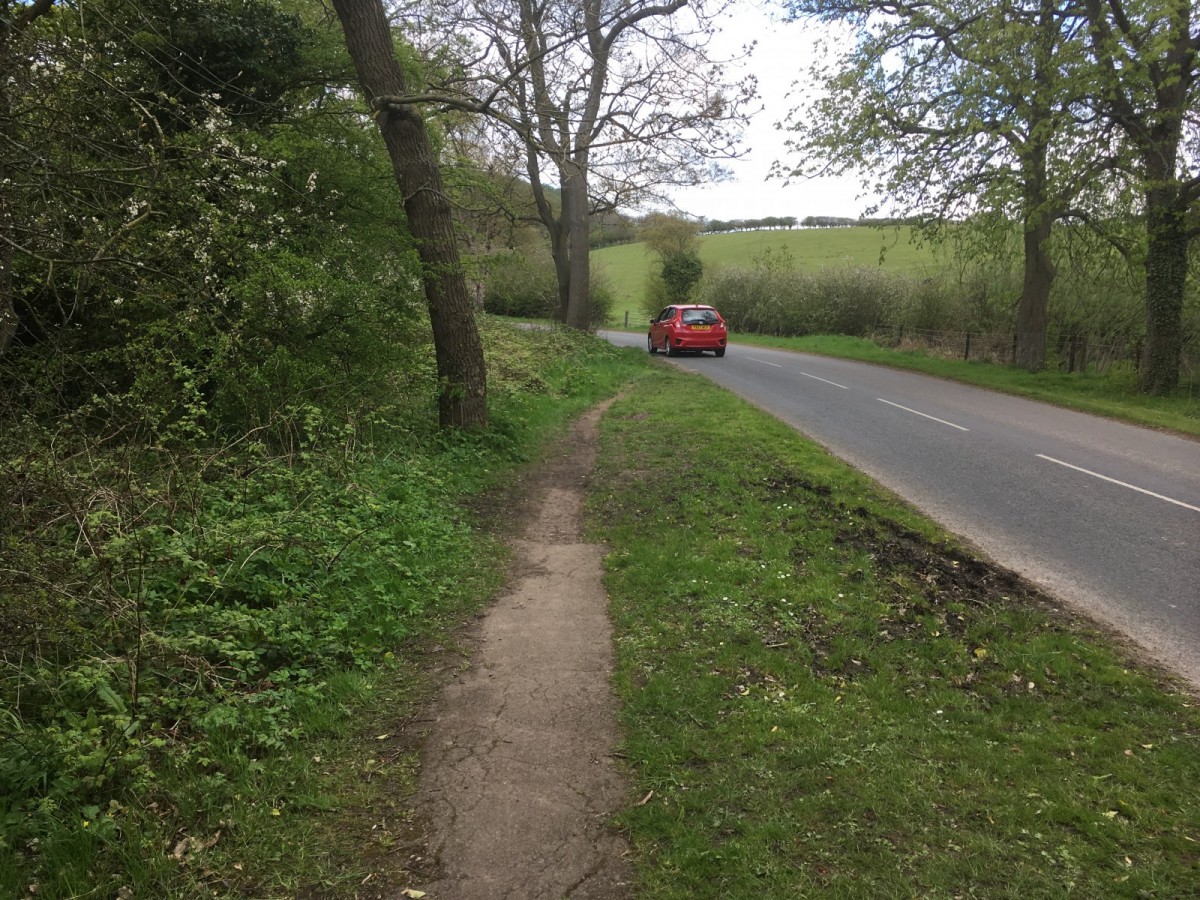 Early last year Raincliffe Woods Community Enterprise CIC (RWCE) arranged a meeting  at Throxenby Mere to look at the possibility of improving access from Scarborough Town in to Raincliffe Woods and the Moors to Sea Cycle Route. Attending were representatives from Scarborough Borough Council, North York’s National Parks, Sustrans and cycling organisations from the Scarborough area. Sustrans also spoke about the number of people from East & West Ayton and along the A170 who were seeking a safer cycle route in to Scarborough for both work and leisure with routes that could connect to Throxenby Mere.

Money and political will was our biggest barrier to taking forward such a scheme.

Covid 19 has changed all that. The route has never been as busy with families, walkers and cyclists.

In the last few months the government has made statements on obesity and NHS prescribing of cycling as a way to loose weight as a starter. Followed by communities identifying routes to classify as walking and cycling safe and close off rat runs.

The  statements on money being available to support such schemes may well be peanuts when allocated over the whole of the UK and divided by the miles required but that should not stop us in making the case for a more radical approach locally.

Other factors combine to make the case for change locally.

Parishioners in East Ayton and the Parish Council have made strong representation to NYCC Highways and the County Councillor over the volume and speed of track using the route through Forge Valley as a rat run.

A string of vehicle accidents in Forge Valley and on Low Road connecting Throxenby Mere to Forge Valley can all be explained as due to speed.

NYCC Highways are facing serious problems with the highway in Forge Valley from collapse and surface water run off. Water that runs off is  un-attenuated and flows directly in to the River Derwent and includes heavy metals and toxins.  (Scarborough drinking water). Highways are working on a scheme to strengthen the highway, increase width and drains which will only increase volume and speed on roads that have become “ rat runs”

Highways will soon have completed major junction redesign in Scarborough to tackle traffic flow problems which have in part led to increased “rat running” through Forge Valley. Once the schemes are completed the excuse from drivers to use the Forge Valley “rat run” will no longer be justified.

With these factors and many more besides, now is the time to classify the road from Raincliffe School gates along Low Road to Forge Valley a shared space for pedestrians, cyclists and vehicles. From Raincliffe Gate car park to Forge Valley the section of the highway is designated as a Public Right of Way and a Bridleway so the justification already exists. Raincliffe Woods Community Enterprise is the only business operating and requiring access along this section so in terms of objections we would have  farmers who use the route to get to some fields as possibly having concerns but unlikely to be wanting to travel at 60mph.

There already is community demands that Forge Valley be brought down to 40 mph or lower. There is a good case for Accessibility reasons to justify lower speeds as wheelchair users who arrive on public transport in to East Ayton have no alternative but to travel in the highway to access Forge Valley National Nature Reserve.

Forge Valley is a National Nature Reserve, recognition of its environmental importance. It, along with Throxenby Mere are key entry points to the North York Moors National Park. Cycling and walking as a tourist activity, along with the scenery are the most important reasons given by visitors for coming to the area. The whole complex of roads which reach out in to the Troutsdale, Hackness, Langdale End, Silpho and further could and should be designated under the proposed community schemes and the whole network be a maximum of 40mph and in many sections down to 20 mph through the roadside villages and hamlets.

Resorting to major construction of purpose built cycle ways will never happen. For the cost of going through the process of consulting with communities, applying for legal change and the installation of speed repeater signs, an excellent network could be created in to Hackness, Troutsdale, Dalby, Langdale, Fylingdales, Broxa, Silpho and Harwood Dale.

Surely now is the time to make a bold move.

To bring about these changes  the key influencers and the decision makers need to come together to explore the concept and validate its strategic fit.

If it has merit for Scarborough Borough Council, North York Moors National Parks Authority and the Public Health arm of NYCC it has a chance.

NYCC Highways have an almost impossible task with an extremely limited budget but if there is ring fenced monies to come for such schemes then creating an extensive network connected to the Scarborough to Whitby cycle route has great merit. Identifying the key people at Northallerton around cycle routes and the green / carbon agenda would be helpful. They do not seem to have a high profile.

Finally driving on the A64 there are  lengthy sections now restricted down to 50 and 40mph on a super duper highway and yet it is still 60mph on back lanes. It has no logic. The restrictions and mobile speed vans are displacing the problem on to completely unsuitable roads. As cars become ever safer for drivers and passengers National Statistics used to measure highway safety and target investment are no longer fit for purpose as they only register if someone has to go to hospital. Highways and the Police say the roads around Raincliffe Woods are safe as the accidents never happened!

Now is your opportunity to make your views known. See the details below.

The simplest way to respond is to submit your comments online by using the Local Plan portal.  This can be accessed at the Consultation Portal.

Alternatively you can download a response form below.  Please return your completed forms, emails or letters to: