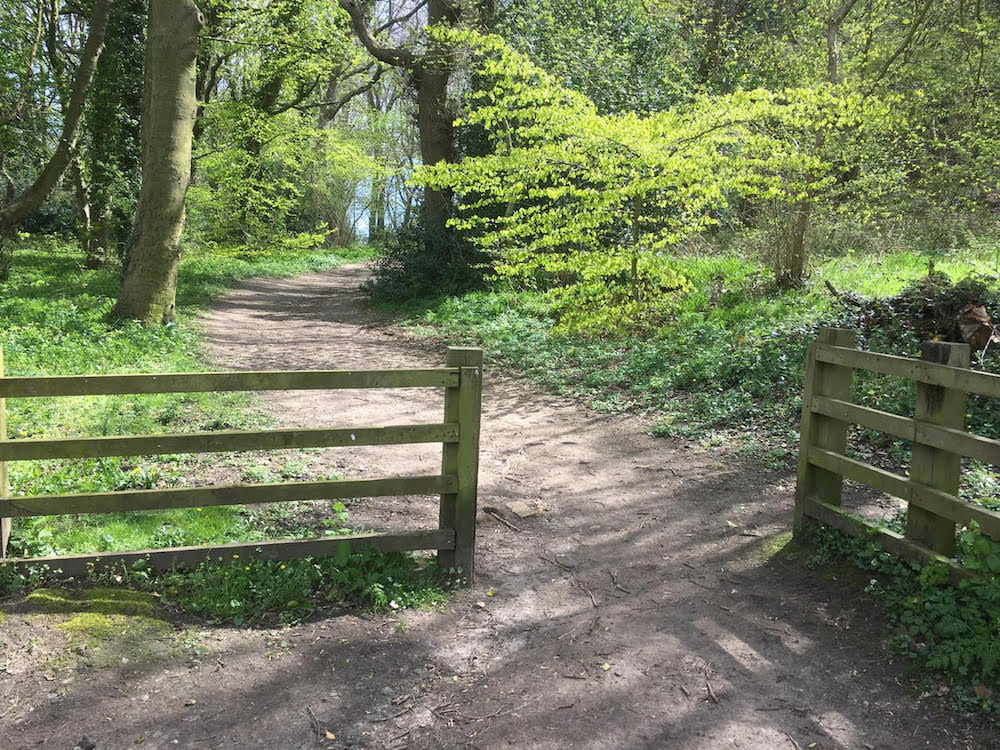 Raincliffe Woods Community Enterprise (RWCE) has been developing plans to improve access from the Scarborough end along Lady Edith’s Drive to Throxenby Mere and from East & West Ayton to Forge Valley.

Along Lady Edith’s Drive the footpath runs out before it gets to the Mere and the many paths and tracks that run from the Mere in to the woodland and up on to Row Brow.

The Borough Council have given their support to the idea and a future meeting with North Yorkshire Highways is required to understand the feasibility of creating a footpath which is suitable for wheelchair users and cyclist as well.

There is one section where the roadside verge runs too close to the road to fit in a pathway and one possibility would be to install a speed chicane to create space or installing drain pipes to take the water in the stream and build a path on top of it. Any ideas would be welcome.

Creating a continous footpath would allay concerns over safety especially for children and the elderly and encourage more people to visit the mere and the woodlands.

The idea is to make the access at Throxenby Mere also the point at which cyclists can ride up in to the woodland and join the Middle Ride and the Moors to Coast cycle route. Currently the Moors to Sea cycle route starts at Dog Bark Bend car park  and rises steeply on a rough track which many everyday cyclists and children would find too steep and dangerous to descend.

Our idea is to run a new track up from the mere following the contours and joining up where the track from Dog Bark car park meets the Middle Track.

In Forge Valley the well used boardwalk is coming to the end of its safe and maintainable life and needs to be replaced in the next two years. The material of choice is 100% recycled plastic, which will not rot. Replacing with tanalised timber is not supported as modern treatments do not afford the same protection from rotting.

The scheme has the full backing of the North Yorkshire Moors National Park, Scarborough Borough Council, Natural England, Derwent Anglers and East Ayton parish Council. The wooden timbers of the boardwalk are rotting and it is likely that the route will become unsafe in 2 years time although maintenance is continuing through the hard work of the Scarborough Conservation Volunteers. As part of upgrading the boardwalk it has been proposed that an additional footbridge is installed at the southern end of the boardwalk opposite the Wallis Quarry car park.

At this point there are no mature trees and sufficient space to accommodate an extension to the boardwalk on the East Ayton side to the roadside. From this point the old footpath, which has become overgrown in may sections runs south towards the weir.

From the weir the hard surface path stops and the flat land at the side of the road is now being used as an informal car park and it wet conditions cars are getting stuck in the mud and creating an ever wider destruction of the plants.

The thought is to create a hard standing car park with space to accommodate a coach or mini bus with disabled tailift. The car park would have a surround that restricted vehicles to only access the car park and not drive over the plants and flowers.

The closing date for an Expression of Interest is 31st May 2018 and then 6 weeks to find out if the scheme has been taken forward to the next stage.

When we hear more news we will update the News page.