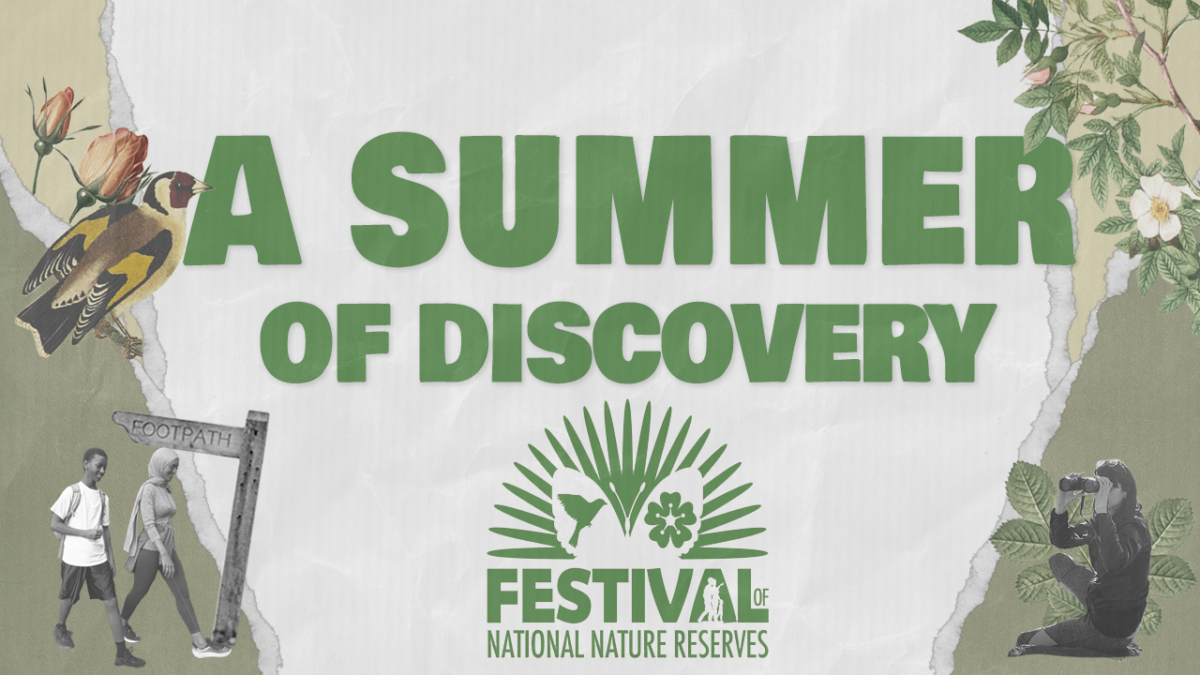 We are pleased to be part of this years national celebration of our many and varied National Nature Reserves (NNR). The Festival launches on the 19th May and Natural England have a dedicated web site to read more about the vast range of NNR’s across England.

As part of the celebration we have drawn together a range of information about the history of Forge Valley & Raincliffe Woods NNR and why the area is so special.

As one of the largest remaining ancient and semi natural woodland in North Yorkshire their steep slopes have restricted felling and grazing of farm animals leaving a woodland floor rich in variety. The soils vary from top to bottom creating a natural structure to the woodland types.

The wetter valley bottom is dominated by alder and willow and water loving plants such as alternate leaved saxifrage and yellow flag iris.

At the top of the slope the more acidic soils support pedunculate oak wood with rowan and holly. The field layer comprises bilberry, great woodrush, heather and wavy-hair grass.

Areas of the woodlands that are more open support base-rich grassland with plants such as rockrose, carline thistle and thyme.

This rich woodland ecology was recognised by the then Nature Conservancy Council who in March 1977 signed the National Nature Reserve Agreement with Scarborough Borough Council. The woodland compartments totalled 156.6 acres. 21.2 acres in Raincliffe Woods along its top edge running towards Forge Valley. 59.9 acres on the eastern slope of Forge Valley known as Ruston Cliff Wood and 75.5 acres on the western slope known as Scarwell / Middlefield Wood and Stonyflat Woods.

From as early as 1907 keen amateur naturalists started to compile records of the vast range of species found in and around the valley and through the efforts of Scarborough Natural History Society and others this record keeping has continued. Nearly 2000 different species of trees, plants, fungi, animals, insects and birds have been recorded. On a 10 day visit in May 1977 two naturalist identified at least 57 different snails in Forge Valley.

This rich variety of species is always under threat from disease, pollution, climate changes and the impact from visitors. The most noticeable problem now is Ash Dieback a disease introduced to the UK from the continent on imported ash saplings. Work has had to commence to either fell and remove dangerous trees or to leave the main trunk having removed the large branches which can snap and drop off at any time. Where ever possible away from the highway and public footpaths the dying trees will be left to slowly decay. It is this natural cycle of trees dying and decaying that provides the environment for fungi to gradually breakdown the wood along with the many insects and birds taking advantage of the rich nutrients. The soils absorb the nutrients as well and in turn create the ground for the flowers and plants which form an ancient woodland.

The designation as an NNR and also Site of Special Scientific Interest (SSSI) carries with it a management responsibility. The following Management Objectives have been set out.

2. To promote greater public appreciation of wildlife and nature conservation through the educational value of the NNR.

Interest in the woodlands as a visitor attraction goes back to the late victorian era and the opening of the railway line from Scarborough to Pickering 1882 and Forge Valley Station in West Ayton. In the early 1900 charabanc trips provided a direct connection from Scarborough Station to Forge Valley. Enterprising locals sold sweets to visitors on Castlegate, East Ayton the gateway to Forge Valley. Higher up the valley at the site of the old iron forge, which gave the valley its name, from a row of workers cottages teas were served. These cottages stood until the early 1950’s when the council deemed they were unfit for occupation with no waste treatment available. The remains of the garden walls can still be made out and plans are being developed to bring the past history to life through interpretation panels and interactive technology. A recent article by the Scarborough Museum Trust provides a picture walk through with images old and new comparing the past with the present in Forge Valley.

The road through Forge Valley was only made possible after the opening of the Seacut at Mowthorpe in 1803 which diverts the flood waters straight out to the North Sea at Scalby Mill. Prior to the Seacut the valley was frequently washed out and occasionally loss of life in the villages of East & West Ayton. This scheme also enabled all the wide flat lands of the vale of Pickering to be drained and turned in to the valuable farm land we see now.

The old forge which gave the valley its name was working in to the 1700’s but closed by the end of that century. A detailed report on the forge can be found at Scarborough Archeology and History Society.

The Scarborough Archeology and History Society have undertaken further work looking in to mans earlier impact upon the woodlands and the surrounding land. A summary can also be found on this web site.