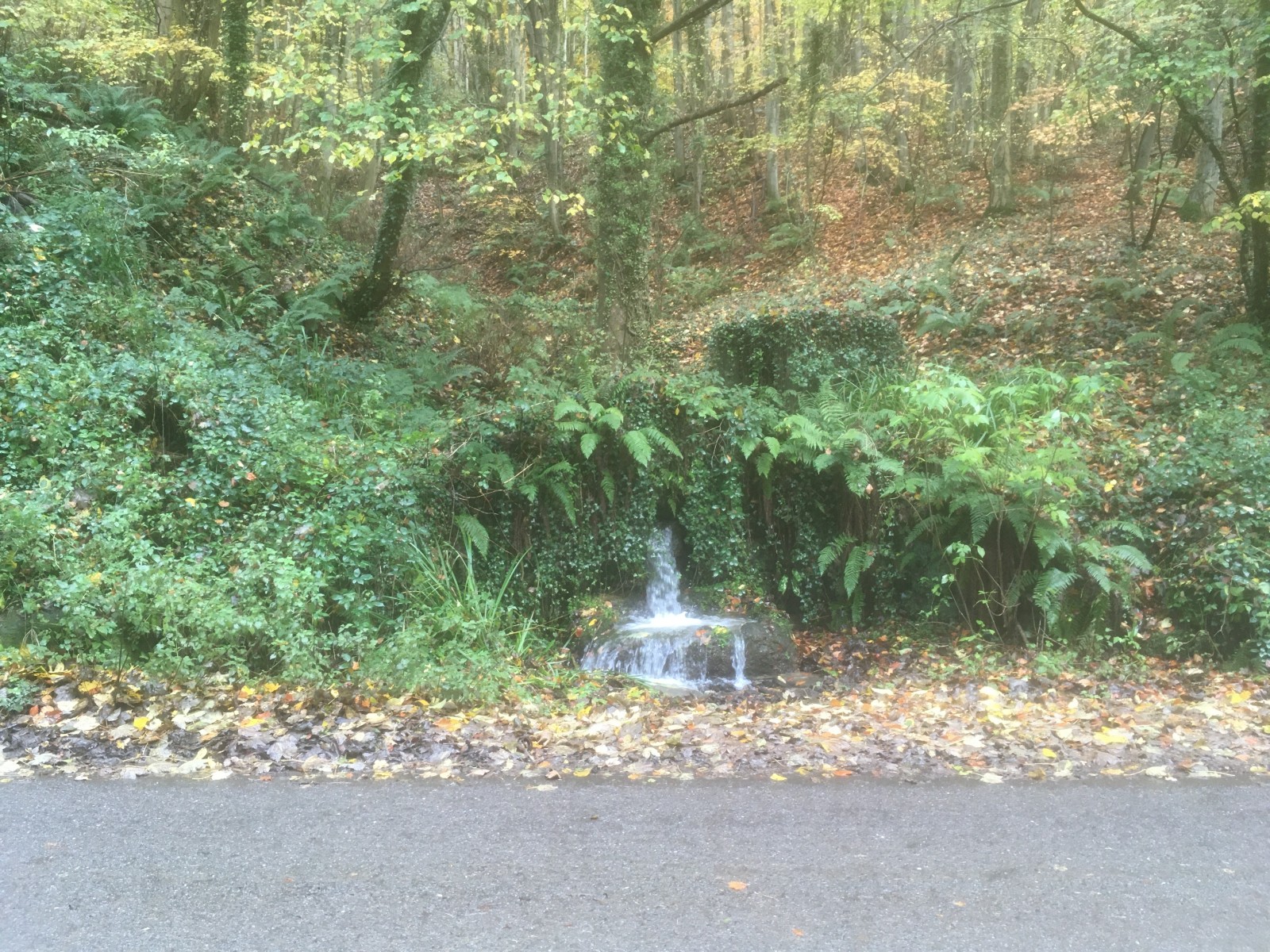 Todays volunteer day started the task of removing non native shrubs from along the valley. The two shrubs tackled at Old Mans Mouth were Snowberry and Shrubby Honeysuckle which we had wrongly identified as Cotoneaster. Both shrubs probably have their origins from the garden surrounding the cottages which stood above the car park site shown in the postcard photo below of the cottages. 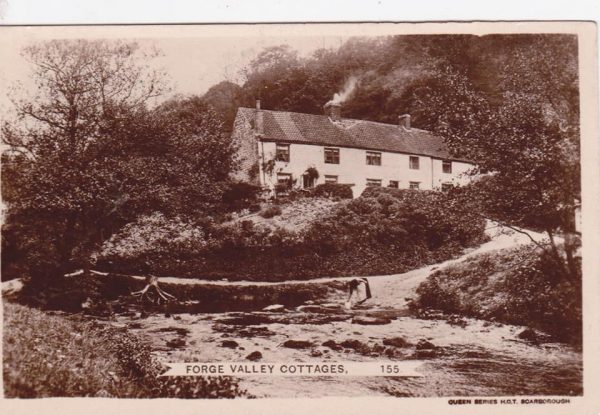 The Snowberry has spread down the river bank as far as East Ayton and this year we hope we can clear the ground, plant some native trees along the river bank and get the wild garlic to grow. 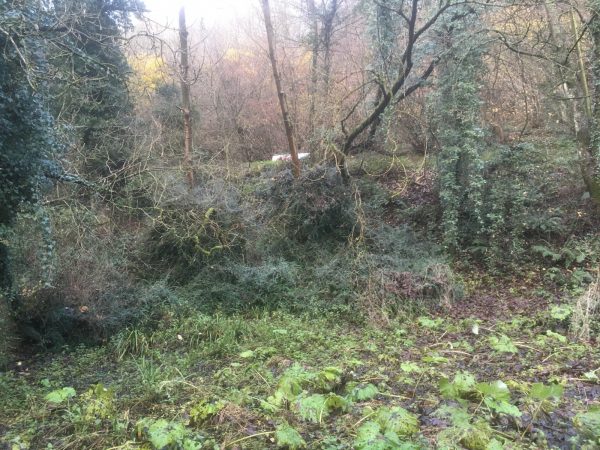 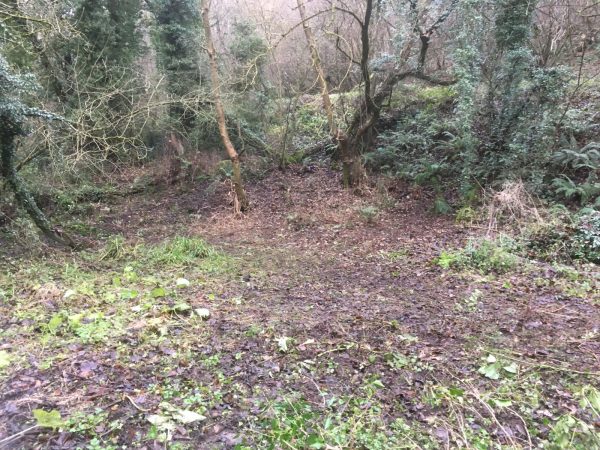 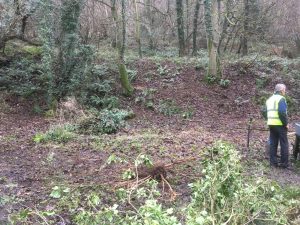 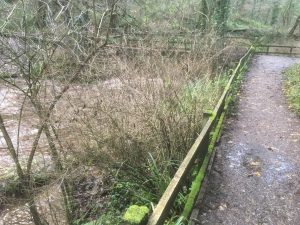 At the end of the session we had removed a large amount of shrubbery to be shredded for mulching and stopped for lunch  with mince pies and hot chocolate. Once again we had chosen an excellent day for the task with no rain and the ground had started to dry up a little after the previous weeks non stop rain and grey skies. 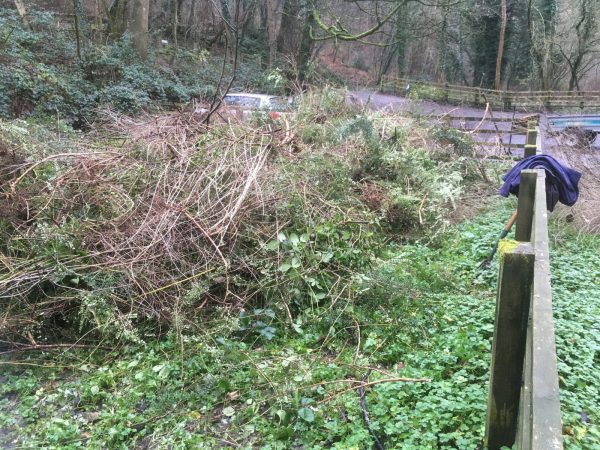 We are once again very grateful for the help and support provided by Thorn Park Farm who brought down their tractor mounted chipper which soon reduced the mounds of branches to mulch. 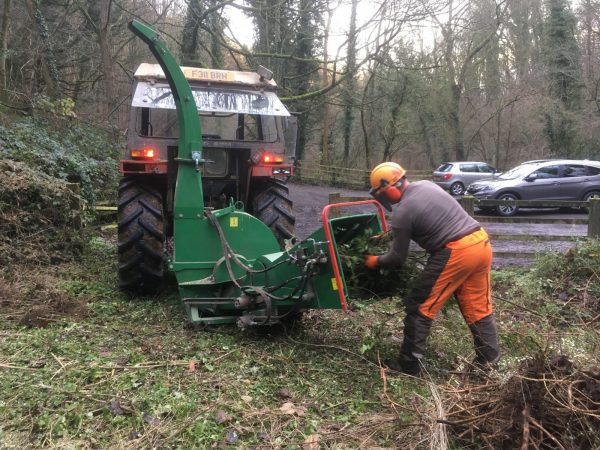 We would like to thank all those who have supported us over the year and offer our Seasons Greetings to all our volunteers and the supporters. A Merry Christmas and Happy New Year to All.