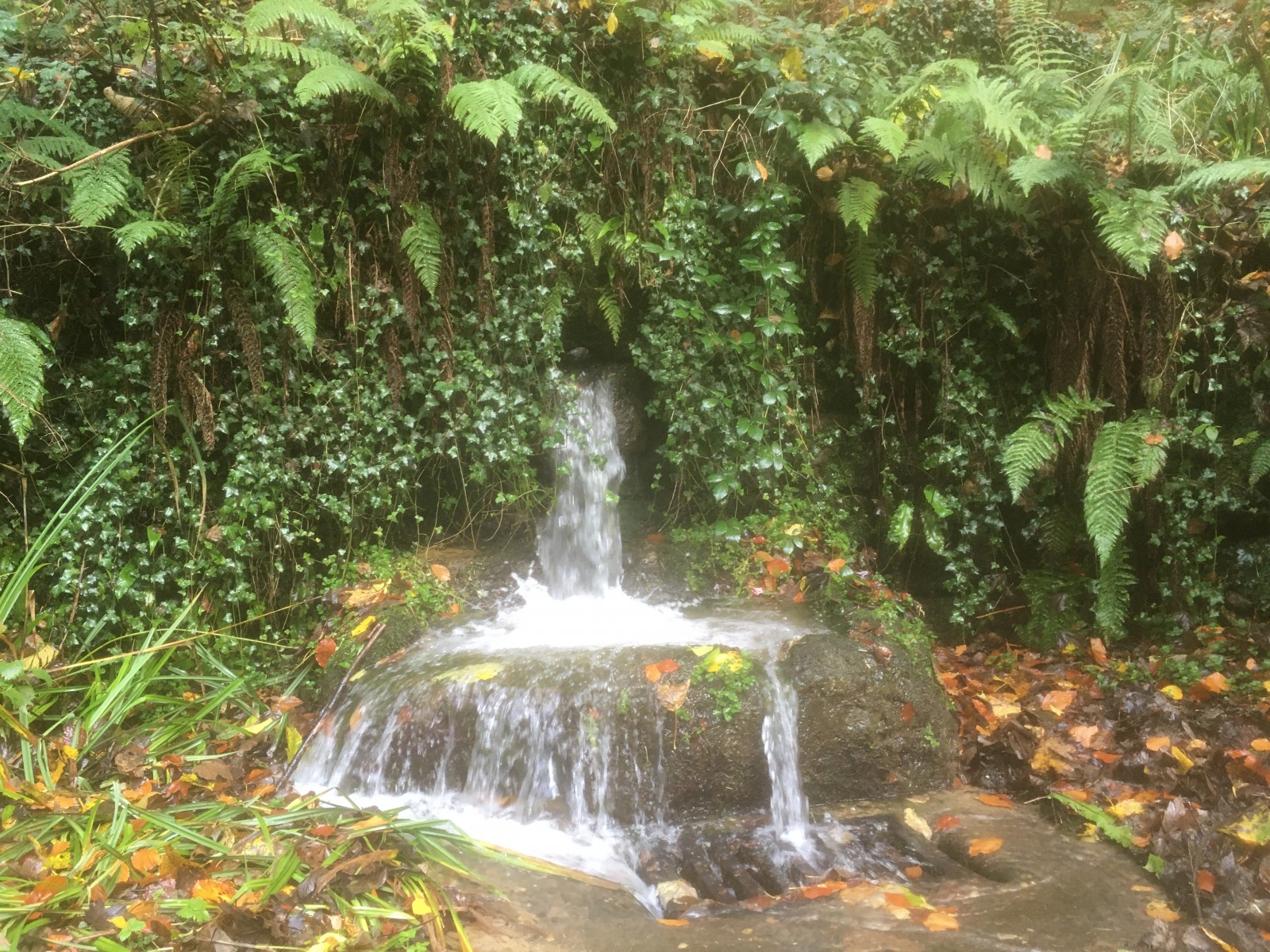 A great start to this November with so many projects and organisations working together in the woodlands.

On Wednesday 6th pupils from Graham School, part of the Hope Learning Trust, which also runs George Pindar School in Scarborough, took part in work around Throxenby Mere. The work was led by North York Moors National Parks Youth Engagement team and ourselves. The first task was to clear up the mess left by thoughtless firework enthusiasts with spent cases left all around the car park and in the Mere. 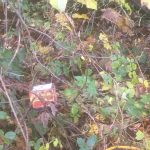 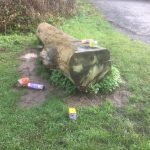 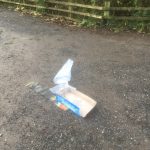 The litter clear up then continued over steep ground collecting bottles, cans and food wrappers in and around Cock Hollow. Then the  real hard work started with a fallen Larch tree across a footpath. The students cut through the trunk in two places and removed a large section blocking the path. After a short break back at the car park the group then worked on a stand of rhododendrons which had started to regrow. The students tackled this work enthusiastically. Leading on work to cut back large branches and dig out two large root balls. The work was very successful and the effort of the pupils from Graham School very much appreciated. The school is planning to return next week for more of the same. 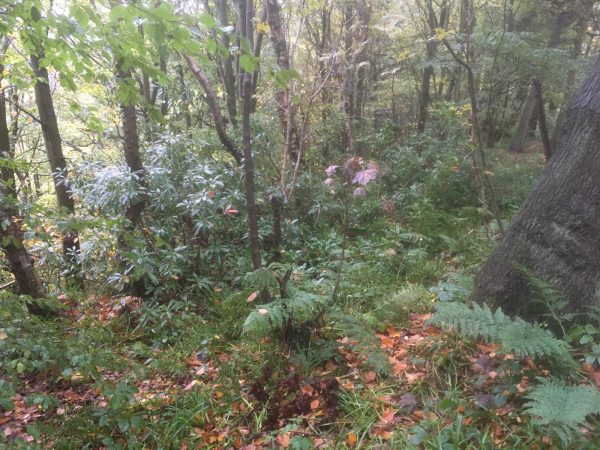 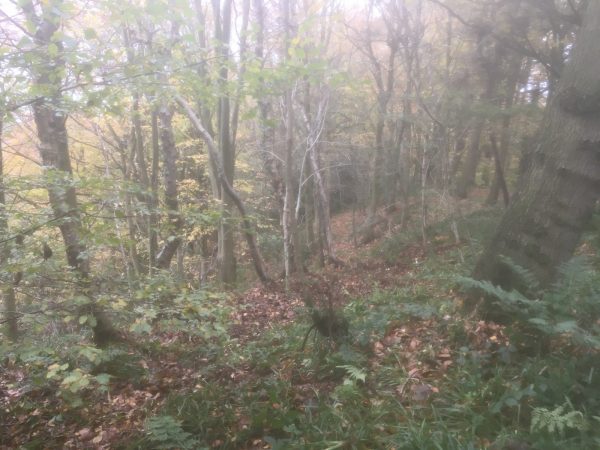 Work has also commenced with our new Woodland Team who are working out of Thorn Park Farm. They are working on a stand of beech trees close to the Green Gate car park and recovering as much timber as possible. Some of the stumps have been deliberately left at seat height to rest on so visitors can sit, listen and look around the woodland. The team are using low impact extraction to remove the felled trees. 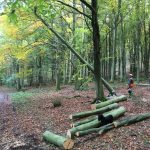 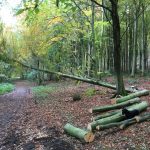 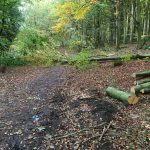 At the Throxenby Mere the Community Payback team have been undertaking restoration work on the Boardwalk around the Mere. Not a moment too soon as one section has collapsed very badly. The materials have been supplied by Scarborough Borough Council. Hopefully the project should be complete by Christmas. This is another excellent example of working together for the Community Woodland.

North York Moors National Parks Volunteers were also out in Forge Valley clearing as much leaf debris from the Boardwalk before it went dark. The Boardwalk  had become very slippy with the wet leaves on top of the grip strips. By removing the leaves it also helps the boardwalk to dry out and reduce the rate the timbers are rotting. At the northern end of the boardwalk a section which is not a Public Right of Way has had to be closed altogether and will not be re instated when the boardwalk is replaced in 2020. 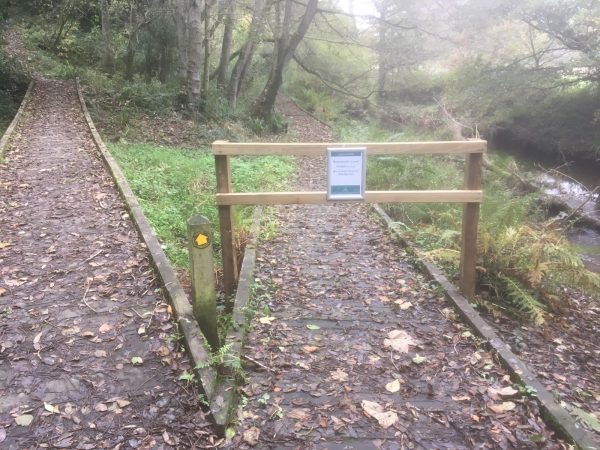 This week has also been a very important stage in our project to replace the Boardwalk. The tenders have been opened and by the 18th we hope to have confirmed the successful contractor. We are very grateful for the help and support given to this project from staff at Scarborough Borough Council, North York Moors National Park, Fairhurst our design and project agent and North York Moors National Park Trust. More information to follow.

Finally. We have been working together with North Yorkshire Highways to help maintain a safe road through Forge Valley, especially during the  closure of Stepney Drive with heavy traffic using this route to avoid the official diversion!

Old Mans Mouth refers to a water spout with water all year round from a natural spring on the valley side. With Autumn the leaves had blocked a large drain cover and the water was pouring across the road. Highways staff knew where the problem was and cleared the worst of the leaves away from the drain. Raincliffe Woods Community Enterprise volunteers cleared away more leaves and mud so that it should be clear for the rest of the winter. 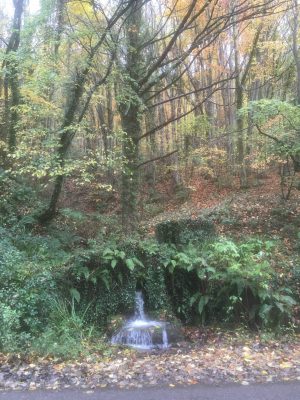 Our volunteers also cleared leaves and a large quantity of mud and gravel at the entrance to Old Mans Mouth car park to reveal the expensive granite kerb blocks which define the entrance. Revealing the granite blocks has shaved at least £2000 of the cost of restoring the car park entrance at this car park. Because they had been lost in the mud and gravel it had been specified in the works contract. Well worth working together. 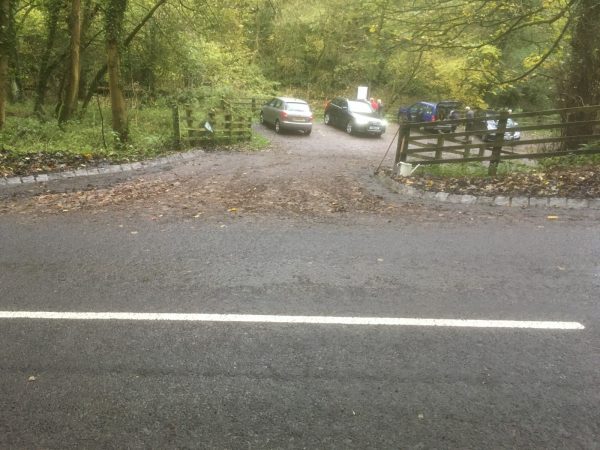