The Forge in Forge Valley 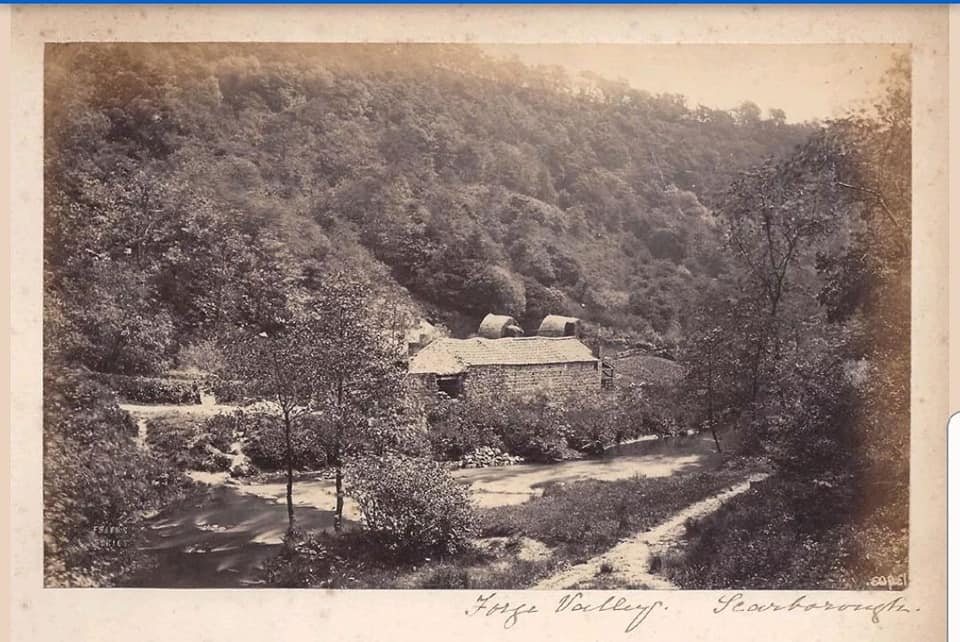 On a clear sunny Sunday in December Scarborough Archeology and History Group met at the Old Mans Mouth Car Park in Forge Valley to undertake a review of the known sites of interest which may have a link to the original Forge.

Raincliffe Woods Community Enterprise Directors were invited to join the group to see the work they do and to gain a deeper understanding of its relationship with the woodland. After a briefing on the areas to be reviewed the group split in to three. Group 1 went to a site believed to be tipped slag where auger samples were taken to get an insight into its composition. Group 2 toured six identified quarry faces close to the Forge site which may have provided ironstone at the original Forge for smelting. Group 3 focussed on the sites where the cottages and forge were located in and around the Old mans Mouth Car Park and also the flat land just to the north of Forge Valley where old maps indicate a possible dam lake long since filled with mud and rocks.

For Group 2 Most of quarry sites were not easy to find or get to as they were hidden under the steep and slippery slopes but at each site they were able to find loose stones as samples, The easiest quarry was the Whetstone quarry near Osbourne Lodge where protruding nodules of ironstone have been exposed due to weathering of the soft sandstone within which it is embedded. The most difficult was sited slightly further south towards Ruston Cliff. The purpose of any quarrying there was unclear as there was little evidence of ironstone and was probably better as stone for walling. A public footpath marked on the OS maps runs directly along the quarry face but it is not recommended as your next weekend walk.

With samples bagged up it was back to the car park.

Group 3 explored the fields to the north of Forge Valley which may have have held a dam to hold water for the Forge works. Undergrowth around the car park hides the remains of the cottages and the layout of the old buildings becomes a little clearer and more interesting with stone walls and earth banks. A significant find in the river was a large and very heavy lump of smelting waste which was recovered for examination.

After a bite to eat for lunch the groups continued on their quests. The remains of another possible building wall close to the Old Mans Mouth water spout was located and a second quarry trip explored the Forge Valley Quarry hidden straight opposite to the Birdwatchers car park. The car park itself could be the spoil from the excavation in the Forge Quarry.  Before the evening drew in a final trip was made up the steep slopes on the West Ayton side towards Spiker’s Hill Farm for more samples.

The work of the Scarborough Archeology and History Group makes Time-team look tame with clambering on steep slopes and soft ground.